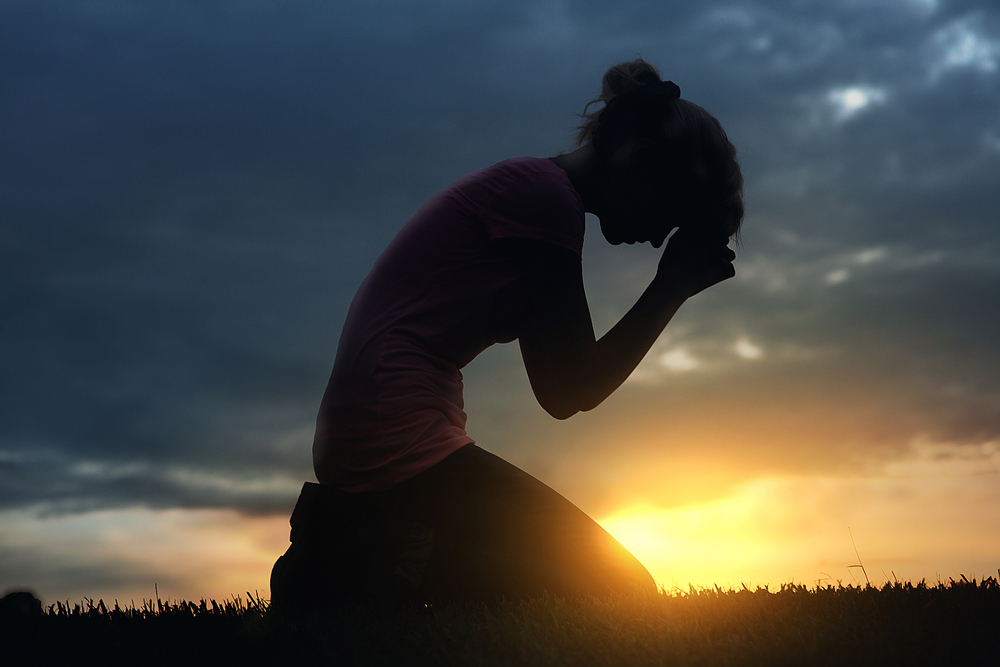 Fasting is a spiritual practice of humbling yourself and glorifying God. It is the absence of food, or other pleasures for a period of time in order to focus. Don’t confuse the reasons for fasting with goals of weight loss. The purpose of a fast is to remind you to pray and to focus on Christ’s plan for you, or to seek His direction for a difficult decision or circumstance.

Fasting is an opportunity to say no to yourself and to say yes to God. It’s a way to expedite your spiritual connection with the Holy Spirit and discover direction and strength for your life.

Fasting is where the power of your connection to God takes root. It gives you strength, confidence, and a time apart to strategize for the kingdom of God here on earth. There are many examples in the Scriptures regarding fasting, but let’s look at Daniel and Esther who were in a life and death situation.

Daniel committed his life to serving God and praying three times a day. He found favor in the eyes of the king. A jealous group of people searching to find a way to get rid of Daniel convinced the king to make a law declaring worship and allegiance to the king only, and anyone breaking that law should be put to death. Daniel continued to worship and pray to God rather than the king. The group turned him in. Because a law could not be broken even by the king, Daniel was put into a den of lions. The King was so heartbroken over fulfilling his own decree, that he fasted and prayed for Daniel’s safety. Everyone was shocked the next morning to find Daniel safe and unharmed. Daniel told them that an angel of the Lord had shut the mouths of the lions. In turn the group that sought to have the law created were placed in the lion’s den. Wrongfully accused, Daniel inspired others to seek out his God and the King declared a new law that everyone should worship Daniel’s God. Fasting here was a life and death situation, and often many of us experience situations that may feel like we’re being placed in a lion’s den. But God is here to rescue us from our den experiences. Bolster your faith by trusting that God is in control regardless of the situation.

Greatly loved by the King, Esther was in a similar situation. When Haman was honored by the King Mordecai refused to bow down to Haman. Mordecai’s faith would not allow him to honor Haman. This infuriated Haman and he sought to end Mordecai’s life. He convinced King Ahasuerus to have all the Jewish subjects of Persia killed. The King declared a law to rid the land of Jews and gave Haman permission to set up armies to do so. Haman was unaware that Mordecai was Esther’s guardian and that she too was of Jewish descent. Haman was so certain Mordecai would be put to death that he built gallows to do the job.

Esther confided in Mordecai, her uncle and guardian, and requesting all Jews to pray and fast. Not allowed to approach the King unless invited, Esther stood in his eyesight until he invited her to speak. She invites him and Haman to a banquet she has prepared. The King offers Esther anything she wants up to half his kingdom. Esther invites him and Haman to a second night of feasting. The King again offers her anything she wants. Esther says, “Before I honor your generous offer, I need to tell you that someone is attempting to kill me and my people.” When King Ahasuerus asks who, she points to Haman. Furious with Haman, the King commands that he be hung on the gallows Haman had built for Mordecai. All this time, the Jewish people had been praying and fasting. Because a law can’t be broken once it’s declared, the King drafts a new law allowing the Jews to defend themselves.

Fasting consists of denying yourself of the pleasure of food, but it can also be other daily things you embrace. The idea of denying yourself is to remind you to pray. If you cannot fast for health reasons, I often pray using water. Every time I come in contact with water i.e.: drinking, washing my hands, laundry, dishes, watering, etc., I pray. I have fasted for 40 days denying myself sugar, music, T.V., and other daily comforts. I’ve also fasted from food for a week at a time. I believe God judges the attitude of the heart and the fulfillment of the commitment. Allow the Holy Spirit to guide your sacrifice.

Once you’ve determined these things, begin your fasting time with ACTS: (this is what I do, it’s not a rule, it’s more of an outline of worship)

A-Acknowledge who Christ is. Worship him with words of affirmation or praise songs, or both.

“Therefore, since we are receiving a kingdom that can’t be shaken, let’s continue to express our gratitude.[a] With this gratitude, let’s serve in a way that is pleasing to God with respect and awe, because our God really is a consuming fire.” Hebrews 12:28-29

C-Confess your sins, grudges, shortfalls with others.

“But if we confess our sins, he is faithful and just to forgive us our sins and cleanse us from everything we’ve done wrong.” 1 John 1:9

T- Thanksgiving. Thank God for all the blessings in your life.

“Don’t be anxious about anything; rather, bring up all of your requests to God in your prayers and petitions, along with giving thanks.” Philippians 4:6

“Ask, and you will receive. Search, and you will find. Knock, and the door will be opened to you. For everyone who asks, receives. Whoever seeks, finds. And to everyone who knocks, the door is opened.  Who among you will give your children a stone when they ask for bread? Or give them a snake when they ask for fish? If you who are evil know how to give good gifts to your children, how much more will your heavenly Father give good things to those who ask him. Matthew 7:7-11

Don’t brag or tell others that you are fasting. This is a time for you and Christ to draw near.

“Be careful that you don’t practice your religion in front of people to draw their attention. If you do, you will have no reward from your Father who is in heaven.

“And when you fast, don’t put on a sad face like the hypocrites. They distort their faces so people will know they are fasting. I assure you that they have their reward. When you fast don’t tell anybody. But your Heavenly Father who sees what is done in secret will reward you.

If you have opted for an extended fast, avoid overeating when coming off your fast. Avoid alcohol and limit caffeine. Increase your water intake and rest. Those suffering from eating disorders, blood sugar issues and other medical issues should consult their doctor first and perhaps opt for ‘fasting’ from daily comforts.

Fasting should be an intimate bonding time with Christ. Indulge in this often. The prayer time, the quiet time, the consistency draws us in and tucks us under the Lord’s protective guidance for our lives. It’s a time to clarify, renew, and put on the whole armor of God. Enjoy your time with your King!