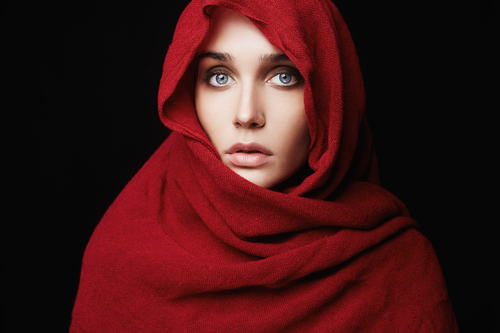 Know any 12 year olds that could handle the job of Mother of Christ?!!

Mary is often depicted as this meek, quiet and obedient woman. She was all these things, but she wasn’t just these things. She was bold, confident, and had a strength of character worth emulating—and she was approximately 12 years old!

8 And there were shepherds living out in the fields nearby, keeping watch over their flocks at night. 9 An angel of the Lord appeared to them, and the glory of the Lord shone around them, and they were terrified. 10 But the angel said to them, “Do not be afraid. I bring you good news that will cause great joy for all the people. 11 Today in the town of David a Savior has been born to you; he is the Messiah, the Lord. 12 This will be a sign to you: You will find a baby wrapped in cloths and lying in a manger.”

13 Suddenly a great company of the heavenly host appeared with the angel, praising God and saying,

14 “Glory to God in the highest heaven,
and on earth peace to those on whom his favor rests.”

What we know of the times, and biblical scholars reports and the Bible:

Her culture dictated that girls were of eligible age to marry the summer following their first menses. For some of us that would have been 11 year of age.

We can assume that Mary was approximately 12-13 years old when the spirit of the Lord impregnated her.

In those days, a betrothal was a 1-year courting time which the couple did not know each other physically, so for Mary to show up pregnant was grounds for being stoned to death. In fact, both could have been stoned to death for breaching this law.

We assume she endured gossip and character assassination otherwise Joseph wouldn’t have been so keen to put her away to protect her. But he must have seen something of righteousness in her or a will of steel to honor her in doing it privately.

Her pregnancy was confirmed by her cousin Elizabeth, who was at the time pregnant with John the Baptist—who would announce Jesus’s arrival.

Mary was a teenager with all the normal feelings a teenager experiences. She was young enough be passionate about serving God but probably human enough to succumb to peer pressure. We know she must have been spiritually disciplined to stand against the culture. And scripture documents the angel telling her she had found favor with God.

Can you imagine the conversation with Joseph or her parents? Her story often gets wrapped in a soft holy hew, when in fact she had some very hard decisions and conversations to have. Picture yourself at 12 explaining to your family and fiancé that you’re pregnant from the holy spirit.

She toughed out a donkey ride for 97 miles at 8 ½+ months pregnant. The trip would have taken them 3-4 days, causing them to sleep along the trail. I was active with my pregnancies, but I don’t think I could have endured sleeping on the ground, or not having a shower.

Anyone who has been pregnant knows that last month you need to empty your bladder every 30 – 60 minutes…and she was on a foot path! Can you see her saying to Joseph, “Uh, I need to stop again?”

Once Jesus was born—in a stable—which in those times may have been a cave she would have delivered the King into hay. I’m not sure at delivery time if it was hot or cold in Bethlehem, but she would have had to clean up from a water bucket and rest in the hay.

Joseph and Mary were devoted to following the rules of the times. Jesus was circumcised on the 8th day, in a temple that was meant in the inner circles for just men, yet Mary was there. Either that momma inside said, “You’re not separating me from my son” or Joseph made a way for her to be there. Either way, she was there.

We often lose track of Mary once Jesus arrives, but she remained a dedicated mom and disciple of His mission.

Mary was passionate about advancing Jesus’ ministry even when he wasn’t. For example, a wedding was a big deal and the host family was expected to bring their best foods and wines for the guests. Mary and Jesus were at the wedding in Capernaum either as guests of relatives or they were helping because when the host ran out of wine, Mary approached Jesus and asked him to turn the vats of water into wine to save face for the hosts. Jesus responded to his Mom was, “My time has not yet come.” And yet momma prevailed and won. Jesus turned 6 vats that held 20-30 gallons of water into wine at her request. And this was no small feat. If a serving was 4 oz of wine, he would have made enough wine for anywhere from 3,900 to 5,800 guests. Or roughly 200 bottles of wine. Now why would Mary insist on this when Jesus distinctly said, “I’m not ready?”

Moms know when and how to push our young fledglings. I remember setting up situations to push our own children to fly when they thought their own wings weren’t strong enough. That’s the kind of commitment Mary had for Jesus.

Just prior to this wedding it’s believed that Joseph had passed away, so Mary was a widow who left her home, her family, her friends and the place where she buried her husband and all that she knew to follow her son. She stayed with Jesus until his crucifixion and then was one of the first disciples to continue His ministry.

Grit is when the voice inside you knows so strongly what your purpose is that you disregard the naysayers and continue forward with what you know to be right.

Wikipedia defines grit as “perseverance and passion for long-term goals rather than a personality trait. Psychologist observed that individuals high in grit were able to maintain their determination and motivation over long periods despite experiences with failure and adversity.

Grit is a better predictor of achievement than intellectual talent (IQ), because grit serves as the overriding factor that provides the stamina required to ‘stay the course’ amid challenges and setbacks.”

Fear of failure, or atychiphobia as the medical-set calls it, can be a debilitating disorder, and is characterized by an unhealthy aversion to risk (or a strong resistance to embracing vulnerability). Some symptoms include anxiety, mental blocks, and perfectionism and scientists ascribe it to genetics, brain chemistry, and life experiences.

For many of us the fear of failure (or atychiphobia) can be a strong resistance to being vulnerable or an aversion to taking risk that’s gone amuck. Some of the symptoms of this fear can be anxiety, mental blocks, obsessive-compulsive disorder, perfectionism or reliving negative life experiences.

Sometimes our experiences cause us to like a car on a road with ruts naturally fall into the ruts before we realize we don’t have to drive in the ruts if we know where they are.

How to develop GRIT: