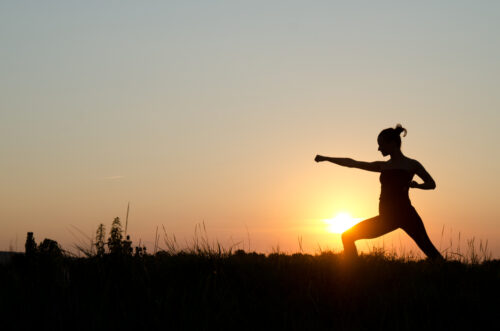 “Courage is about doing what you’re afraid to do.

There can be no courage unless you’re scared.

Have the courage to act instead of react.”

Knowing what is right and being courageous to act on situations because of that knowledge is moral courage. Sometimes it might be easier to stand in the face of adversity with one other person who agrees with your stance; be that person someone else can lean on. I remember once speaking up against an issue I felt was wrong. Once I spoke up, several others spoke up to say they felt the same way but were uncomfortable saying anything. Together we changed the entire group policy. Courage won. Be the role model others need to find their own courageous voice.

Standing up for what is right because it is right allows us to like who we see when we look in a mirror and to sleep soundly at night. Maggie Kuhn, a social activist reminds us to, “Speak your mind, even if your voice shakes.”

Situational Courage: Layer experiences to define who you are.

Finding opportunities to stand down your fear may unlock forward thinking areas of your mind. If fear blocks you from letting go of the familiar for a run through the unfamiliar then give fear the boot and sprint. Explore. Dream. Test yourself.

Face new adventures, suffering, failure, strange and mysterious with the same passion you would a first love. Defining facets of who you are will be exhilarating and could open new doors you might not have previously considered.

unless he has the courage to lose sight of the shore.”

…And neither can courage and self-discovery.

Pick Up Your Sword:

Memorize these scripture verses quoting them when fear challenges your faith.

For more like this and the included workbook pages check out Dare To Be A Badass Book!