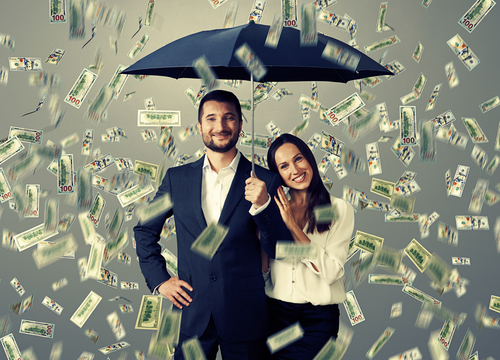 Universities throughout the United States are expanding their worldwide outreach both internally and externally to combat the segregation that would render them ineffectual in today’s global economy. Embracing globalization not only increases the university’s relevance in the lives of its internal stakeholders, but it also allows them to become a significant positive influence on a much bigger worldwide stage. Why is globalization relevant to higher education in the 21st century? It is important because of the accelerated rate of speed that our present world is becoming one homogeneous being. America’s youth must be prepared to be key players in a civilization where the entire world has taken captive the helm of Planet Earth and is looking, learning, and leading the way to the future. Educational institutions and educationalists still have a distinct responsibility to mold and shape the world leaders of tomorrow, but now they must broaden their worldview to do so. Fifty years ago, the highest professional peak in our nation was the presidency, today it is to have significant economic power in the world.

So what is so different in the world we live in today? Now our nation is heavily influenced by advances in technology, rapid emigration, and the expansion of entrepreneurialism. Nelly P. Stromquist states, “While some observers are quick to point out that external influences have always impacted the world’s nations, most people recognize that the degree of interconnectivity and speed brought about by current technologies, economic actors, and economic production vastly surpasses such previous exchanges on Planet Earth.” We live in an age where the popular characterization depicted in the 1960’s television series, The Jetsons, is now a reality.

Babies seem to be born with the innate capacity to master anything technology related. Instructional roles appear to be reversed in the home and in the classroom when it comes to anything electronic. This major paradigm shift is not generic to the United States but is epidemic worldwide. This dauntless task may require revisiting the interesting phenomenon of creative entrepreneurialism. Entrepreneurism is no longer relegated to the business visionary but has also captured the heart of the academic.

Before looking at “creative entrepreneurialism,” let’s take a look at what some might say is the genesis behind the marriage of globalization and higher education. John Howkins defines the new economy as a place where, “New ideas, not money or machinery, are the source of success today, and the greatest source of personal satisfaction. The creative economy is revitalising manufacturing, services, retailing and entertainment industries. It is changing where people want to live, work and learn – where they think, invent and produce.” Universities are the hotbed for incubating new ideas and bringing together like-minded people to test their validity. They are safe places where students and faculty have the freedom to learn from their entrepreneurial failures and successes as they strive to make this a better world for all of us to live in. Howkins further states that “The creative economy brings together ideas about the creative industries, the cultural industries, creative cities, clusters and the creative class.” Creative entrepreneurs are the fuel for a creative economy. So what exactly is a creative entrepreneur?

A creative entrepreneur is a person who believes in building intrinsic wealth in self and others versus acquiring capitalistic wealth. They are sometimes referred to as “social entrepreneurs.” Creative entrepreneurialism has three distinctive elements: creativity, collaboration, and entrepreneurship. Educationalists take part in “creative entrepreneurialism” when they seek to produce new ideas, technologies, and pedagogical methods to expand their educational territory both exponentially and geographically through a creative experience. They then go on to connect with like-minded individuals (professionals and colleagues) forming and fostering international partnerships virtually across the world. Entrepreneurship enters the picture when the ideas or theories created from these modern day “think tanks,” turn into actual methodologies, policies, processes or programs.

This sets the stage for the educational institution to become a world player in the mass educational marketplace forming critical alliances with valuable resources that will enrich the learning process for its students. It opens a whole new world of opportunities for students to study abroad and for faculty to get a diverse teaching experience on foreign soil.

What is a nurturing university? A nurturing university is a learning institution that fosters not only academic growth but also personal and professional growth in a supportive, protective environment for all of its educational stakeholders. This type of learning institution embraces its surrounding community equipping globalization missionaries to pursue their passions while incorporating the wealth of the global community in this nurturing process. The nurturing university’s main focus is to equip students to be productive and caring citizens of the world and to foster their entrepreneurial nature as they become what they have been designed to become. When a university assumes the role of a nurturing entity, a concept like globalization becomes a matter of intent. The very mission of that higher educational institution must include in its fabric the need to expand its reach to the world and to allow the world to reach back. If not, the modern university is in jeopardy of extinction.

If you found this helpful and are able to support us, feel free to donate below.