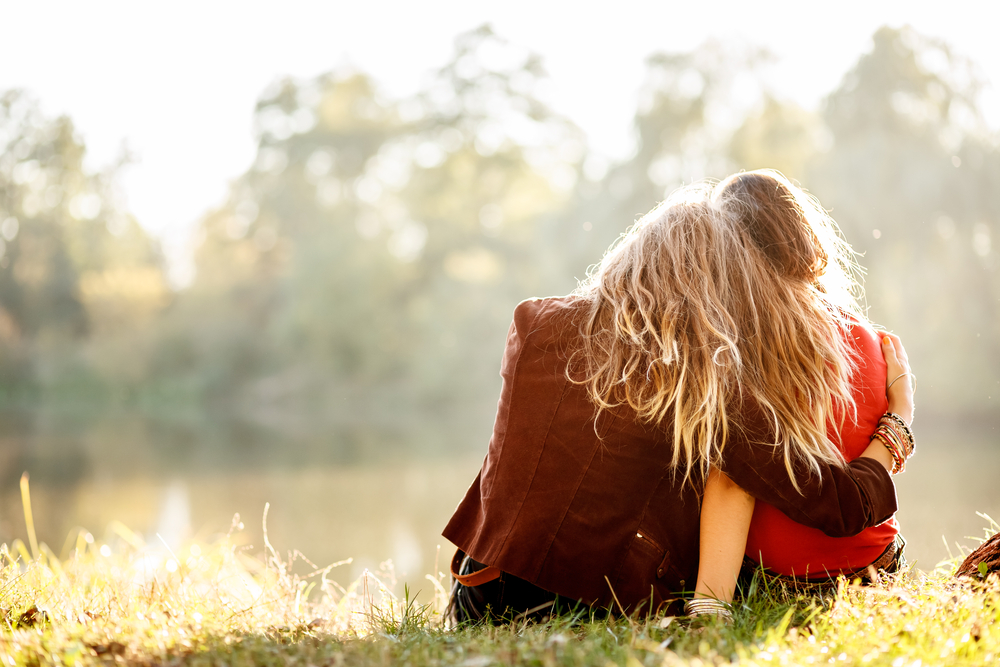 Round Table – Deborah and Jael

“Each friend represents a world in us,

a world possibly not born until they arrive,

and it is only by this meeting that a new world is born.”
~ Anais Nin

I’ve Got Your Back: Investing Wisely in Friendships

Friendships are vital to our physical and spiritual health. They bring quality to our lives. Choosing a good friendship is an opportunity to learn about ourselves, to grow as a person, and to embrace the abundance in life. A good friend reminds us of our great qualities and calls us out when we are heading toward destruction. A friend sees our faults but can also see beyond them and encourages us to stretch ourselves. A friend celebrates success with you and hands you chocolate during the tough times. Friendships increase a sense of belonging and inspires our pursuit of purposes.

In the story of David and Johnathon, they demonstrate committed friendship who look like military Ranger buddies. Ever wonder where the saying, “I’ve got your back,” came from? Soldiers who fought with swords to protect themselves and each other literally fought back-to-back. This strategy assured them of never being stabbed in the back. Friendships like this will stand the test of time.

You need someone equal in strength to you. Not necessarily the same strengths, skills, or gifting, but someone who can hold up their end when needed. A real friend is a cheerleader who will speak up when you are off course. You will need a friend who you can be completely transparent with and who is wise enough not to hate your family when you complain about them. The relationship should be equal, you are there for them as much as they are there for you. The equality of the strength in the friendship is vital or it might become a mentoring situation. Learn to pray with and for each other. Respect their other relationships by knowing your place in their lives but be bold enough to challenge them to be their best and accept the same challenge from them.

Deborah, wife to Lappidoth, was a judge in her community, a strong leader. She is known for her wisdom and for hearing from God. She sought his wisdom daily. She is the only woman identified as a judge in scriptures.

Deborah’s name means flames or a woman of torches. This referred to being someone who illuminated the way for others. She sat under a palm tree between the towns of Ramah and Bethel in the hills of Ephraim. The Israelites would come to her to settle arguments. She was looked to for leadership in the land.

Barak, Abinoam’s son and commander of the Israelite army, held Deborah in high regard and respected her judgement. Deborah shared with Barak, he had was commanded by God to take 10,000 men to defeat Jabin’s large army. When Barak did not engage, Deborah called him out and asked why he was not doing what God had told him to do.

Deborah said, “I’ll go with you, but you will not get the credit. The Lord will hand over Sisera (the commander) to a woman.”

Together they went to Kedesh and defeated Jabin’s army. There were no survivors except for one: Sisera, the commander of the Canaanite army. Barak continued to chase Sisera through the country. Sisera, seeing the battle was lost, got off his chariot and fled on foot. His escape took him to the home of Jael, the wife of Heber, the Kenite and good friend to Deborah. There was a peace treaty between Heber, and King Jabin, so Sisera felt safe asking for refuge from Jael.

At the mercy of a political alliance that kept her from being part of the Israelite community, she was caught in the middle. Knowing who he was, and supportive or Deborah’s battle, she invited Sisera in to eat and rest. Jael filled his belly with milk and suggested he sleep. She said she would stand at the door of the tent so no one would bother him.

Jael knew Deborah was at war. Should she protect Sisera or protect her alliance with Deborah and the Israelites? Decisively, she made her choice and drove a tent stake through the commander’s head, nailing it to the ground while he slept. She was a woman of action. Jael had in a single blow killed the leader of the army. Imagine her confidence and fitness to complete this task. She had one shot and must have lifted the mallet with one hand while she held the tent stake hovering over Sisera’s head. The story tells us she hit him so hard she drove the tent stake through his head and into the ground on the other side. Shortly after, Barak arrived still chasing Sisera. Jael said, “Come and I’ll show you the man you’re after.” There he found Sisera dead.

I picture Deborah, victorious, tired, and filthy driving her chariot home celebrating and looking forward to comfy clothes and a bath. Imagine for a moment, the extent of her confidence to lead an army to war, fight with them and then drive herself home. Managing the chariot might be more than most of us could handle but she did it following an extended time of physical battle. I am impressed!

Jael and Deborah are credited with 40 years of peace in the land following these events. Both women displayed great courage and physical strength!

Lessons we can learn:

Friendship: Besides hearing and obeying God, friendships teach us to trust. These women teach us about devoted friendship and like warriors, they have each other’s back.

Too often, strong women are drawn to mentoring relationships. There is nothing wrong with mentoring—in fact, we are called in Titus 2 to be mentors. But we need to cultivate the kind of friendship that is a Warrior Friendship.

Leadership: If you are called to be a leader, then lead. If you do not lead, battles may be lost that should have been won.

Be You: Society often has set images of who we should be. Swim upstream! Sometimes going against societal expectations is necessary to be who you are designed to be.

Choose Friends Carefully; A trusted friend may be the only thing between you and a sword! Know where your allegiances lie.

PICK UP YOUR SWORD!

“For we are God’s handiwork, created in Christ Jesus to do good works, which God prepared in advance for us to do.” ~Ephesians 2:10

“One who has unreliable friends comes to ruin, but there is a friend who sticks closer than a brother.” ~Proverbs 18:24 (NIV)

“A friend loves at all times, and a brother is born for adversity.” ~Proverbs 17:17

“A brother who is offended is harder to be won than a strong city, and quarrels are like the bars of a citadel.” ~Proverbs 18:19

“Some friends may ruin you. But a real friend will be more loyal than a brother.” ~Proverbs 18:24

The five people we spend the most time with outside of our immediate family will be our greatest influencers. With that in mind, are the people you hang-out with the best influences or do you need a change? Name them below and give them a 1–5-star rating. (1- not so good, 5- the best)

‘I don’t deserve it. I’ve never done anything for you.’

‘You have been my friend,’ replied Charlotte.

‘That in itself is a tremendous thing.”
― E.B. White, Charlotte’s Web