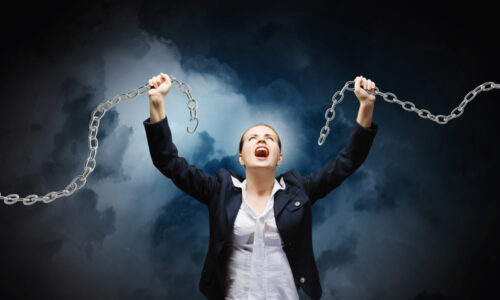 Snow crunching under my boots is the only sound around me on my early morning walk.  Fresh snow with its pristine coverage mixed with the start of a new year gives me the confidence to re-make myself . . . again.

As I make my way down the path to the creek amidst the heavy snow laden fallen trees, I hear a familiar scream from over head and I smile. Shading my eyes from the glare of the sun, I spot the Red-tailed hawk that allows me to share his territory. His gliding is graceful and free. His eye-sight is keen, never missing a movement below. As I move to open ground, closer to the water, he screams down a reminder that we share a secret only he and I know.

I have always admired the raptors of the air. As a young girl, I spent hours reading the stories of King Arthur and the Knights of the Round Table.  Tales of the knight’s bravery and code of honor stirred the beginnings of integrity deep within my own soul.  Peregrine falcons were used for hunting and held the noble rankings of their masters.  It was here that I first fell in love with these birds of prey.

This past summer, doing research in Walla Walla, I had the most unusual encounter with a goshawk.  Walking the grounds of the Whitman Mission the hawk appeared to be following my friend and me.  Each time we moved away to retrace the steps of the massacre; the bird flew to a place within a short distance of us.  I have learned in my life to pay attention when things out of the ordinary happen. Leaving the national park, we noted that the goshawk left, flying away as well.  When we questioned the Park Ranger, he told us the hawk had just shown up today, he’d never seen it there before.

As the day continued, we found ourselves at a lecture on a Native American Reservation.  The young people and the elders of the tribes described the difficulties of tribal life today.  An older man, well respected in his council, began to speak of his faith.  He completed his testimony by playing a lute in the traditional ways of his ancestors.  In a state of prayer, listening to the soothing sounds from the instrument, I closed my eyes to focus my thoughts.  What happened then has changed me from who I was to who I am becoming.

Clearly, in my mind’s eye, I saw a large white hawk fettered to the lower limb of a tree by leather thongs.  Each time this powerful bird attempted to fly towards the sky, the leather straps held it fast against the branch.  The continued efforts of the mighty bird never thwarted its attempts to be set free.  At last, with a mighty stroke of its wings, it cast off the fetters hindering its flight and soared heaven-ward.  As the sound of the lute finished, the hawk dissolved into a wispy white cloud blending into the heavens.  Although it wasn’t a psychic event, it did make me stop and pay attention.

I opened my eyes to a room full of people attentively listening to the rest of the lecture.  I sat there convinced that I had been given a message for my life.  Although I had been through a particularly rough year, the message was clearly this,

“Cast off all that encumbers your flight

and soar to the heights you are intended to.”

I spent the next months re-evaluating my own talents and the direction of my life.  I systematically appraised the activities I spend my time on.  I set short- and long-range goals and bravely got rid of everything that keeps me from these achievements as if I were the hawk destroying the leather fetters holding me flightless.  Getting rid of everything that might keep me from soaring has proven both tedious and rewarding.  It takes dedicated effort to go through everything in my life and a willingness to see the good, the bad, and the ugly of myself. Once I created my personal “mission statement” it served as a measuring stick for every choice I make.  I looked at my work, my skills, my finances, my spending, my stewardship of time, relationships and personal growth and asked myself these questions:

This past summer I also was given the gift of sailing lessons.  Much like the wind that lifts the hawk’s wings to soar, the sails on the mast empower the vessel.  The sails must be un-encumbered by the ropes and free to fill to their fullest.  Once the sails are trimmed properly and the rudder is set for a specific direction, there is a powerful surging of forward motion.  When everything works together the sailboat is free to test its own limits.

Today, when ever I see or hear the Red-tailed hawk above the garden soaring or yelling down to me, he reminds me of my ‘life goals’ and the perseverance it takes to stay with them.  Soon I and many others will begin making new-year resolutions.  This year I will use the hawk’s lesson to remind me to stay the course.  It will remind me to put on more flight soaring feathers and to destroy the fetters of life that keep me from soaring to my intended potential.  …Learn to Soar!

More like this can be found in The Real Dirt to Being Happy!